MUSIC HAS A NEW LANGUAGE. IT IS BROKEN. breakdance the dawn. BROKEN SOUNDS WITH SUPER POWERS. 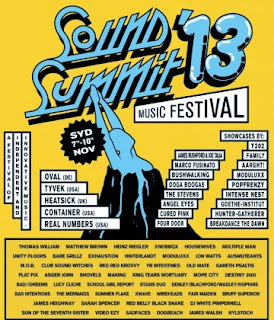 I hand-sponged (but it looks like a screen print) heaps and heaps of t-shirts with "REAL BAD MUSIC' for us to sell on tour.. to be sold for only $5, we scoured every op-shop between Brisbane and Sydney for cheap shirts. Thanks to all the people who bought one in Brisbane and Sydney!!!

Although the reviewer for MESS & NOISE, missed the showcase, he caught the panel I spoke on, and quoted me.. its a pretty incisive review http://messandnoise.com/articles/4627081

"What a Pro- BREAKDANCE THE DAWN stall...Photo by Sarah Spencer 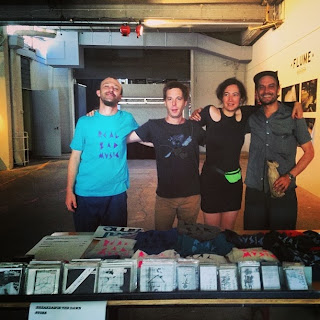 SUN OF THE SEVENTH SISTER played with halved ping pong balls over their eyes - for a complete psychedelic experience. 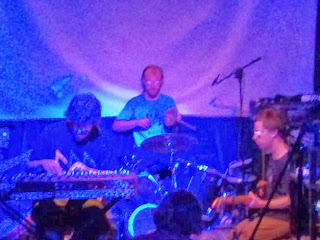 Here is one photo by Peter Blamey, of me in CLUB SOUND WITCHES 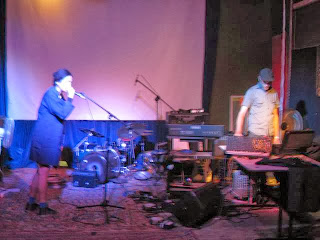 FOUR DAYS LATER.. we played at a Bastard Theatre show with my old mate, HEATSICK. Photos by Marek Rygielski 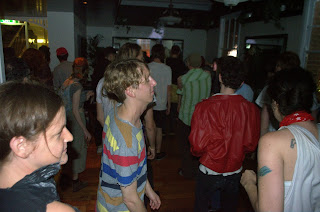 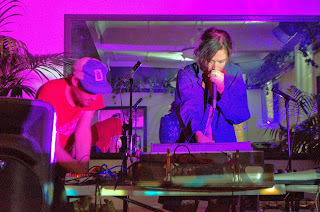 And again at the showcase in BAD INTENTIONS 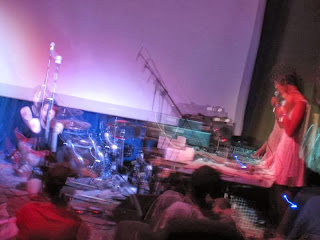 and here's a vid of my fav band in the world