Photos from Spystation NC1074 opening . its on now 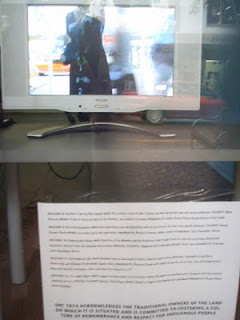 SNC1074 in February 2010 at Loop Space is an installation and workshop series that infiltrates, creates and challenges. It features several monitors broadcasting images and videos collected from myth makers around the world, live video chats with informants, weather balloons floating in the air, missions hidden in stuffed toys, and workshops for visual, audio or linguistic spying.
The workshops not only teach practical skills like field recording, digital imaging and German/Japanese but also create and exhibit new narratives for the environment. SNC1074 instils a new era of ownership of the ‘active’ landscape and opens the act of surveillance up to the public .
SNC1074 is hiding a social action. It touches diodes and fingers across Newcastle by finding and creating material culture. The environment around us is active and changing, we can share it, we can belong to it, we can own it together. Creating significance in the environment makes it special to us, creating myths fights the linearity of time. SNC1074 exhibits myths from all over the world and starts new narratives around the environment in Newcastle. Existence in the temporal becomes existence in the forever.
‘Big Brother’ owns surveillance (both in the form of government & in mass media). But the simple act of observation can be fun, not malicious and not about ‘who’s the boss’. Observation is an important tool for imagination and critical thinking. SNC1074 destablises the power model of surveillance and brings surveillance out to the public, lets them see what a fun Spy Station sees (not all terror threats and narky arguments over food) and devises adventurous missions for them. It uses telescopic visual and audio recording, mirroring, language lessons and internet communication to literally put people in the picture, place themselves in the world and even lets them fly.
Spystation NC1074 is exhibitive, interactive and interventive. It uncovers secret worlds, knowledge, thoughts and power for the community. But most of all it is a fun happening that everyone can be a part of. 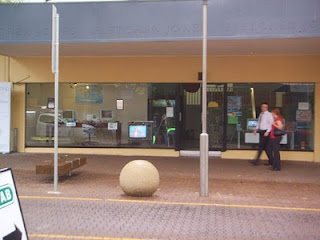 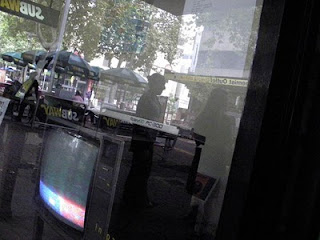 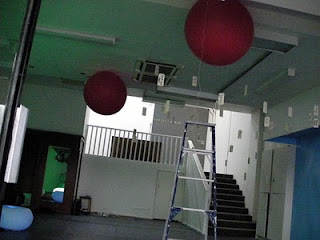 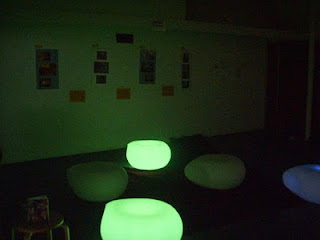 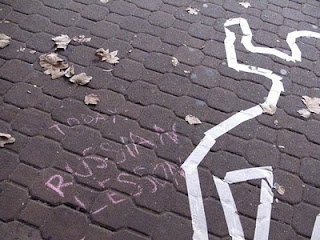 Opening night photos that look much better than mine are at
http://loopoz.com/index.php?/All/spystation-nc1074.html
Thanks to Damian Castaldi
Posted by nicolaisgreat at 21:53